Thirty years ago, the United Nations General Assembly took an important step in promoting the idea that shelter is a crucial foundation in helping low-income families break the cycle of poverty. They declared that the first Monday in October of each year would be World Habitat Day.
On Monday, Oct. 5, 2015, the 30th anniversary of World Habitat Day, Habitat for Humanity joins with our partners around the world to rededicate ourselves to a world where everyone has a decent place to live. World Habitat Day is set aside to recognize the basic right of all humanity to adequate shelter, and to encourage grassroots action toward ending poverty housing. Habitat for Humanity International encourages all U.S. affiliates, national organizations, partners and supporters to join together as one global network communicating the message of the continuing need for affordable housing.

Since 1976, Habitat for Humanity has helped more than 5 million people worldwide with housing solutions leading to decent, affordable shelter. World Habitat Day is an opportunity to bring people together to build homes, communities and hope. Working together, we will continue to solidify Habitat for Humanity as the world’s leading voice on poverty housing.

In Vietnam, Habitat for Humanity started operating as a branch office in January 2001 in Danang city in the central coastal region. As of June 2015, HFH Vietnam has enabled more than 12,823 low-income Vietnamese families to improve their living conditions through decent homes, clean water and safe sanitation and post-disaster reconstruction and repairs. In addition, HFH Vietnam has provided training in disaster preparedness, financial education, hygiene practices, and construction skills, among others, to more than 62,749 individuals. 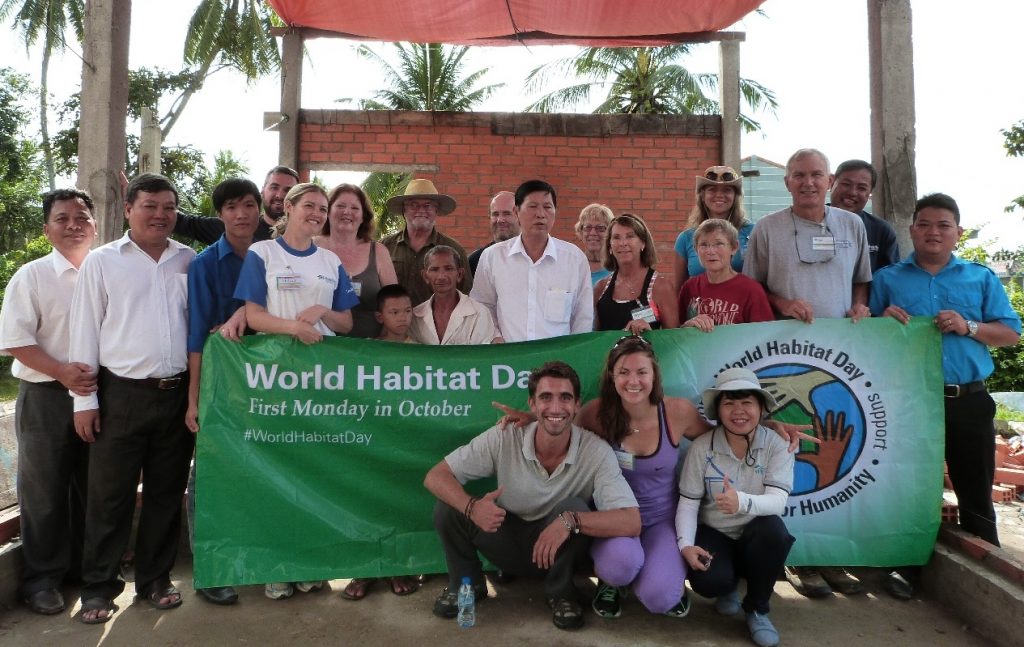 It is thanks to our supporters and volunteers all around the world that we have been able to expand our services to more and more vulnerable families. Not only accompanying with us all along, they also help us raise voices to raise awareness for the need of improved housing. 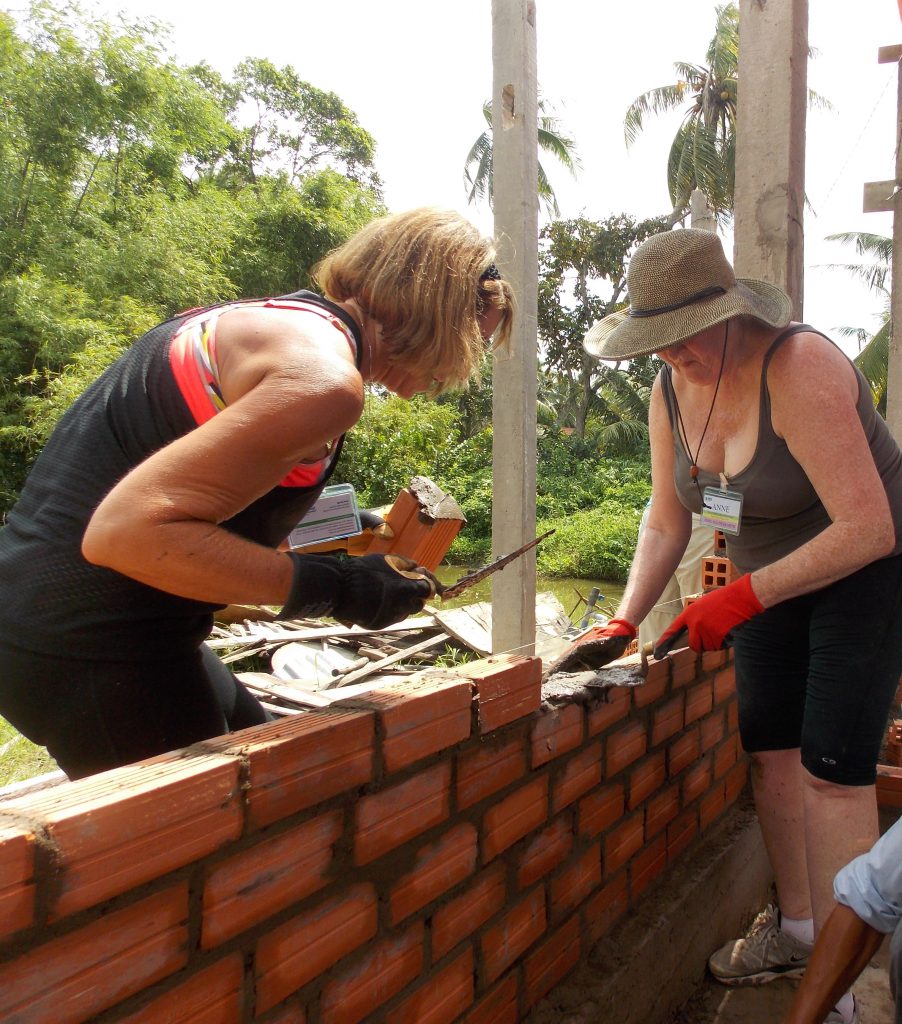 “I have a chances to around the world and see many people living in extremely poor conditions but I believe everybody deserves basics in life like home, food or water and should never take them for granted, especially water. I think we should help spread the words and that’s why we need World Habitat Day”, Mrs. Anne Heyn (right) told Habitat Vietnam. She is one among volunteers of Habitat for Humanity Vietnam who joined us to build home in Long An province in September.

Join us to celebrate the “World Habitat Day”! Spread the word! Help build a world where everyone has decent place to live! 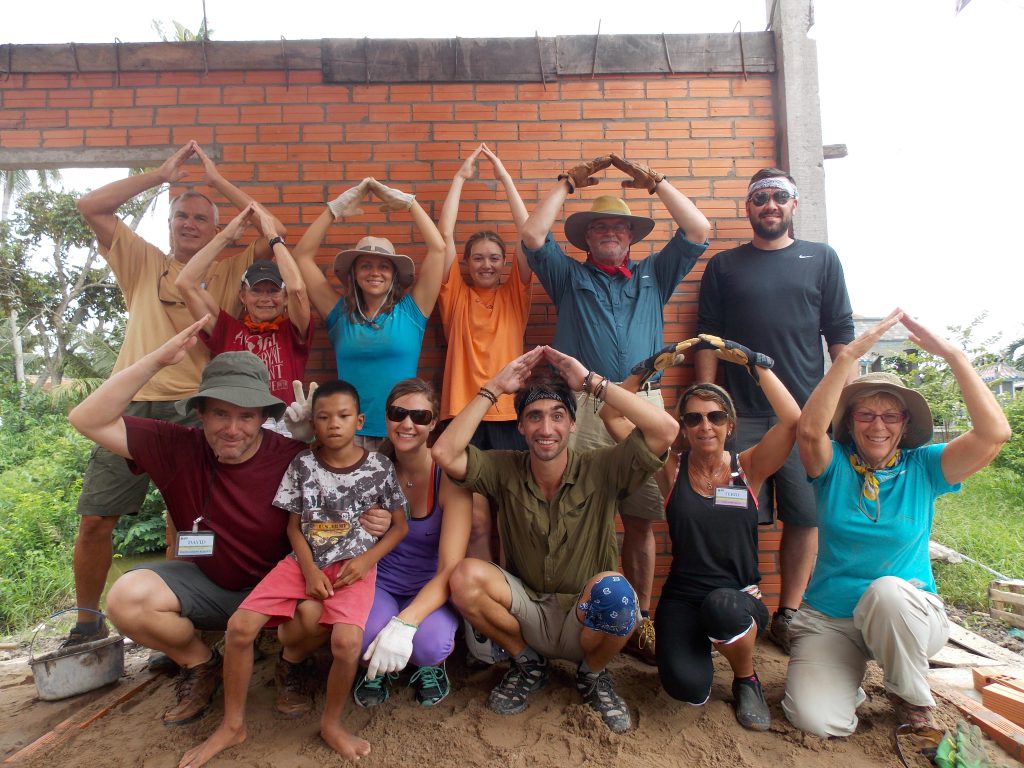