WASH project has been implemented in Thai Nguyen, a poor mountainous province in Northern Vietnam since September 2018 to improve community’s access to WASH facilities and healthy practice. One of the initiatives has been piloted successfully is the establishment of community-led groups for domestic waste management. 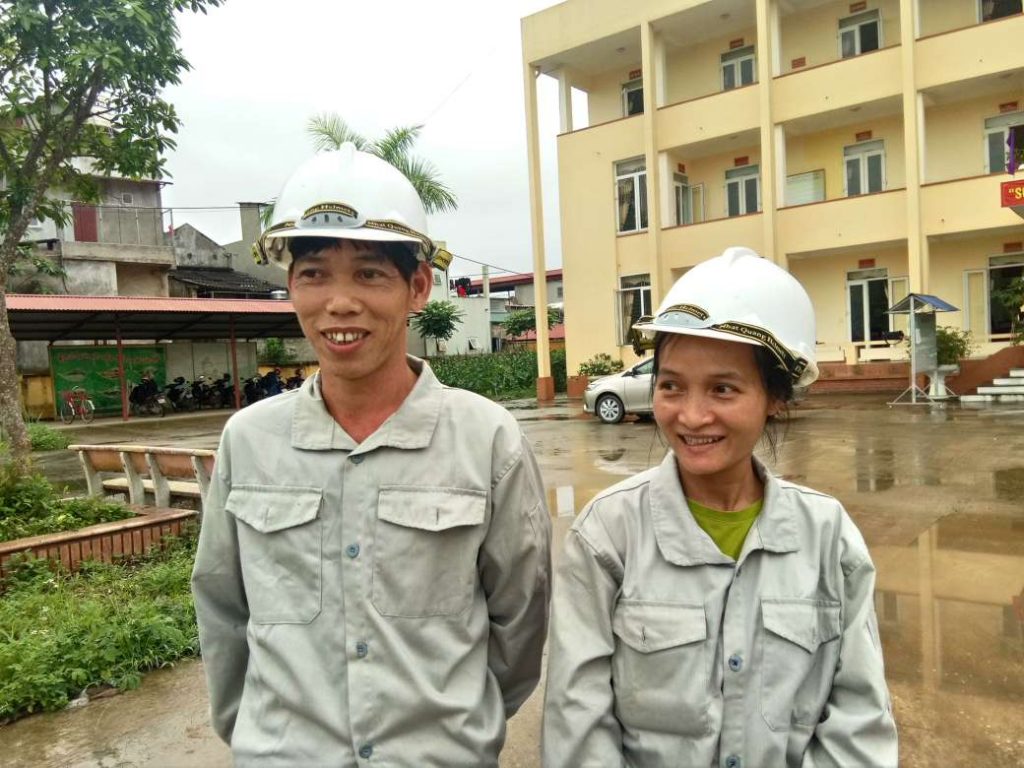 At the beginning, there were only 4 members joining in the group to collect domestic waste from households with many challenges related to people awareness and behavior toward waste management. One member shared “Local people have been dumping rubbish on the roads, people even throw dead animals such as dogs and pigs and pesticide containers or package of agricultural chemicals by the side of roads and after some time, it becomes unbearably smelly. Some people even feel nausea and vomit when they pass by” and “At the beginning, it was very difficult to convince people due to their limited awareness on environment protection and I sometimes feel discouraged”. 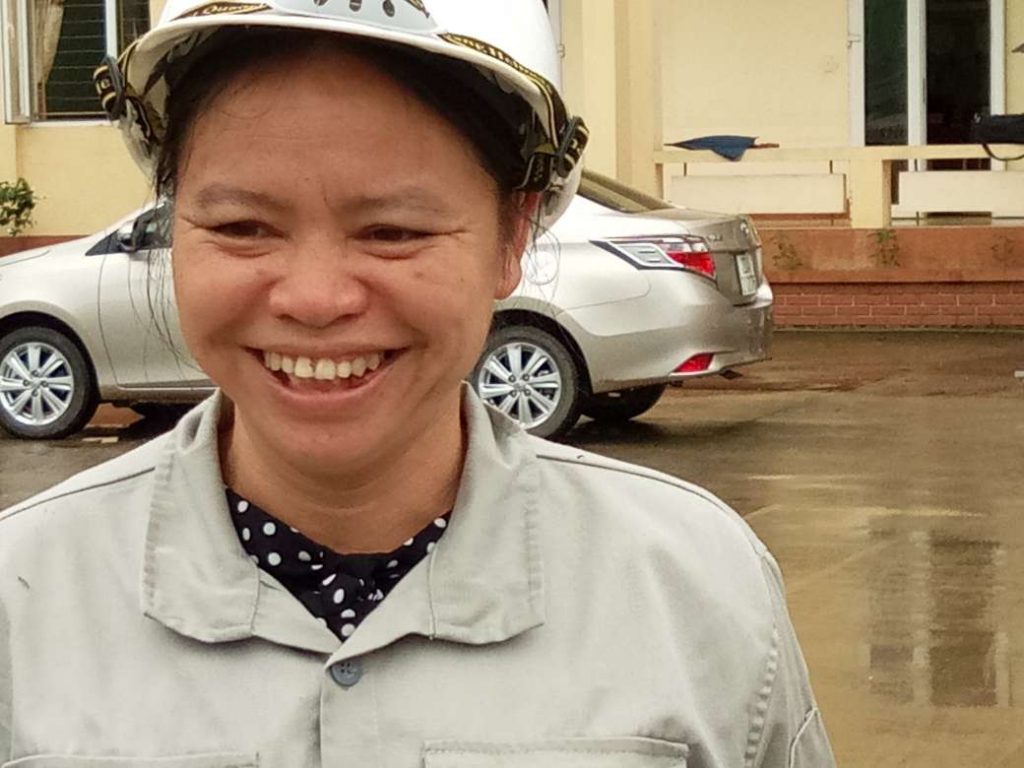 However, with the dedication and strong belief in their work, they still continue their job, twice per week moving the handbarrow along main roads from early morning to collect waste and talking to people about waste segregation and environmental protection. Ms. Huong, a member of the group shared “I voluntarily participate in the waste collection group as I realized that the environmental pollution can destroy our health, more and more people getting sick. My husband gets cancer and he is now on radiation therapy. I hope the environment will be cleaner and greener so less people getting sick like my husband”. Another couple, who are members of the group said “After a long day walking and collecting waste, we feel tired but we think about the cleaner environment for community and feel our work meaningful. My husband is a person with disability (clubhand) and by joining this group, we both can do good for our community and earn a little more for our family at the same time”
To raise awareness of community, the project collaborates with local government and the community group to organize awareness raising events on waste management and environment protection. Ms Huong, a group member said proudly “Thanks to the training and awareness raising events of the project, people no longer throw dead animals to the pond, instead, they buried in the ground. We mobilize the participation of community through commune meetings and most of people agree to join as the program not only helps the families but also the neighborhood cleaner. We start to go collecting waste at 7 am and we also talk to people about how to segregate waste at home, we teach them to use organic waste from fruits’ skin or vegetable to fertilize their garden, buried dead animals and only plastic bags or other waste should be collected for treatment”
Only after 8 months, the initiative somehow has transformed the community, one household shared with us “We used to throw pesticide containers into the ditches and but now we understand about the harmful impacts of that disposal and we always carry them to the collection points for proper treatment. In the past, I usually threw rubbish and plastic bags everywhere and then when it accumulated too much, I did not know what to do but burn them all in my stove.  Then I buried them and after years, when I dug my garden and I found they remained undecomposed. Thanks to the waste collection groups, our environment is now much cleaner. I really hope the project will continue support us to raise awareness of more people and mange waste properly”. 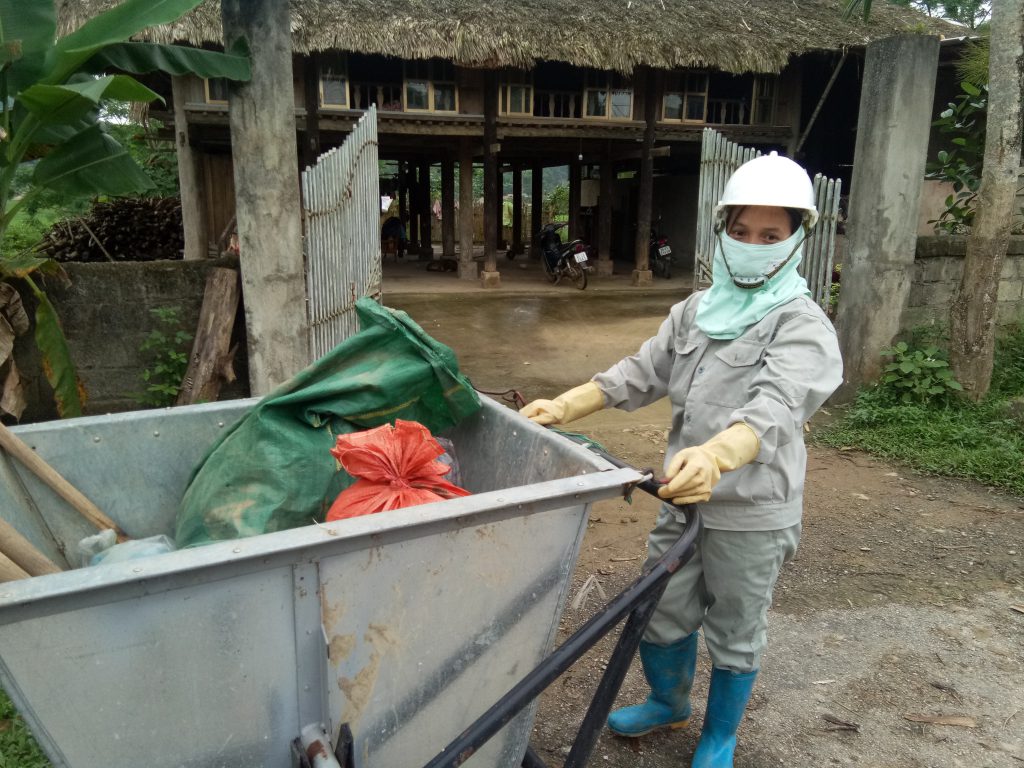 Community led groups for domestic waste management is a community driven initiative which has mobilized local resources and sustained by community themselves. From 2 groups established with the support of Habitat project at the beginning, the 3rd group has been formed and operated by the community with their own financial contribution.  With the preliminary success of the approach, commitment and support from local authority and community, the approach is expected to scale up to reach more households in more village and communes in Thai Nguyen province.