Typhoon Ketsana caused damage to many houses in Quang Nam province in 2009, including the family of Ms. Thi Thi Hoa (66). By partnering with Habitat for Humanity Vietnam (HFH Vietnam), Ms Hoa has helped build a new and safer house for herself and family members. All are looking forward to this new and brighter chapter of their life.
Ms Hoa’s home was completed just before the Lunar New Year, so not that long ago we came to visit on a breezy and sunny afternoon. Ms Hoa was planting vegetables at the back of her house. She is a widow and lives with one of her sons, Mr Phan Minh Hai (30) and his wife, Ms. Phan Thi Hoan (28). The couple have a daughter, Phan Thi Thuy Hang (2) and they are usually away working as seasonal farmers. Ms Hoa has another son and 5 daughters, together with 11 grandchildren but they live in different places. So despite having lost her sight, she is often alone at home and takes care of the housework by herself. 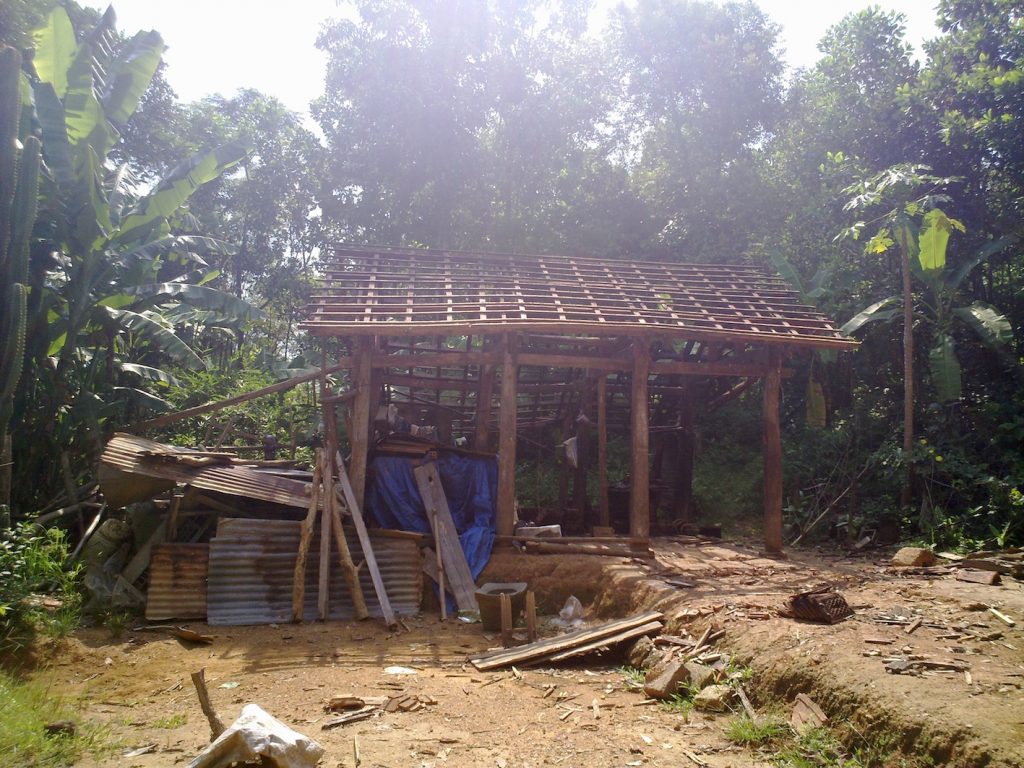 As we sat down and talked to her, we knew that the new house was about 100 meters from the old house. Neighbors are close by but scattered and the neighborhood is quite far from public facilities. Following her instructions, we walked to her old house where the family had lived for  40 years.
We saw what was left after the storm: an open structure of wooden posts and purlins where there used to be thatched walls and sheets of corrugated tin roofing, all of which were piled on  the ground. Ms Hoa said that the wooden posts were pretty much destroyed by termites even when they were still living in the house. The family didn’t have proper sanitation facilities like a bathroom. The toilet was self-dug and of a distance from the house.  Water supply was always insufficient because of the exhausted well. But Ms Hoa was blessed with her kind neighbors who let her family share their wells. And they only started having electricity in the last 10 years.
With help from HFH Vietnam and Government Program 167 that supports poor housing, Ms Hoa and her family had their new 3-room house built in February 2011. It has a tiled roof, plastered brick walls, concrete columns, wooden doors and shuttered windows, a raised cement floor and a new toilet. The family continues to use water from the neighbors’ wells. 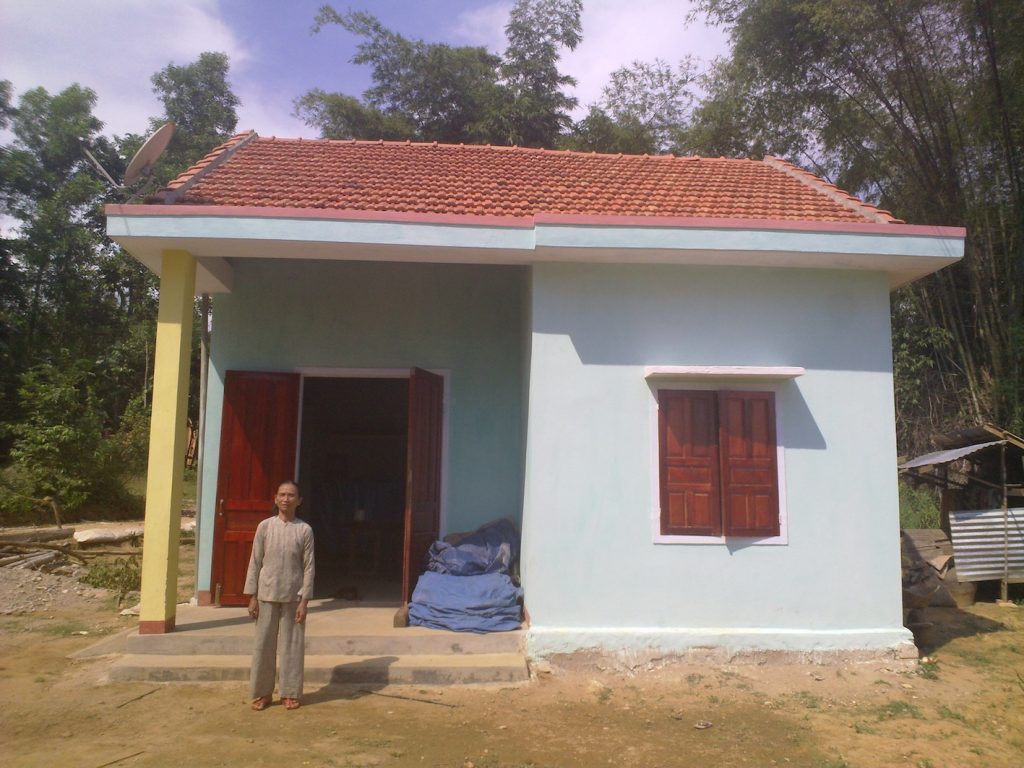 During the construction months, her son and all of her brother-in-laws came back to help. Then village construction workers were hired and Mr. Doan, a staff of HFH Vietnam supervised the build. HFH Vietnam also organized a build trip for a group of international volunteers to help Ms Hoa’s family for 5 days. The volunteers’ main tasks included digging a septic tank and constructing the toilet, and layering brick walls. The neighbors were all excited to meet with these foreign students. They came together and cooked the meals and made soya milk for everyone. Ms Hoa’s face brightened up when she talked about the experience and she hoped to see the student volunteers again someday. We could see how happy and grateful she is as she pointed to a picture of the volunteer group hanging on the living room wall.
While Ms Hoa’s garden needs the rain, she doesn’t. A new house has allowed her family to live more stably and securely. She said that her health is better thanks to a clean house that is not exposed to severe weather like high winds, flooding and storms. Ms Hoa hopes the family will always have good health and that they could come back more often now that they have a gathering place for everyone.