When we visited Nguyen Thi Nhan’s family (Huong Nha commune, Tam Nong district, Phu Tho province), she had just come back from the rice field. It was harvest time, and Nhan looked exhausted after hours of working in the field under direct sunlight. However, she welcomed us into her house with a big smile, as the local authorities recently informed her that HFH Vietnam would support her family in building a new house in the Vietnam Big Build this October. 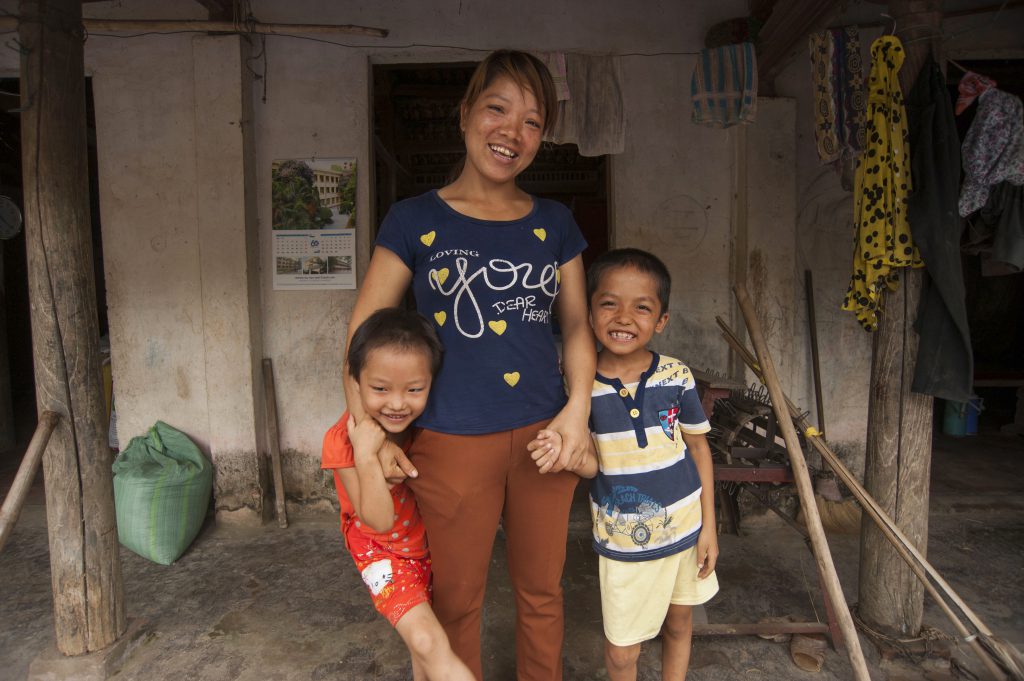 Nhan and her kids Toan & Hoan

It is easy to understand why Nhan is so happy about the new house if you see where they’re living now. Life is especially tough for Nhan. In other families, husbands are the main labors, but Nhan does the work of a husband and wife, and their children are too small to help. 6 years ago, her husband, Tran Duc Quan, became mentally ill at the age of 40. Quan can now perform daily activities, but can neither communicate nor do more complicated work. Nhan is the family’s only source of income and has to take the responsibility to raise their 2 children, son Tran Duc Toan (9) and daughter Tran Thi Kim Hoan (6). 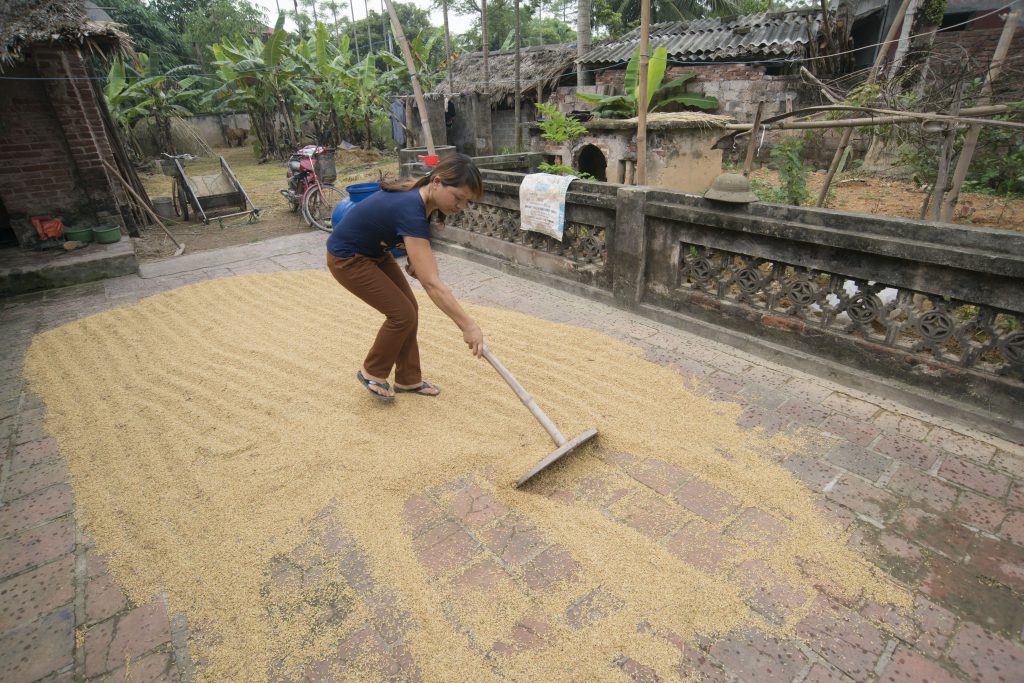 Because her husband is sick, Nhan has to do all of the hard work.

“We have been married for 10 years, and only 4 years after our marriage, he became mentally ill, shortly after our second child was born. We tried to find out why, but we couldn’t. He has taken a lot of medicine, but there hasn’t been any progress,” Nhan told us. “Since then, I have to work and take care of the kids and even him sometimes,” she added.
The family’s main income comes from rice cultivation, which happens two seasons a year. Each season, they earn only VND 8 – 10 million (US$ 360 – 450). While not working in the field, Nhan raises cows, pigs and chickens for extra income. Nhan works so hard, but barely earns enough money for the whole family.
The family live with Quan’s parents in a house built by Quan’s grandparents. The house is old and rickety, and almost all of the house’s wooden beams are rotten. 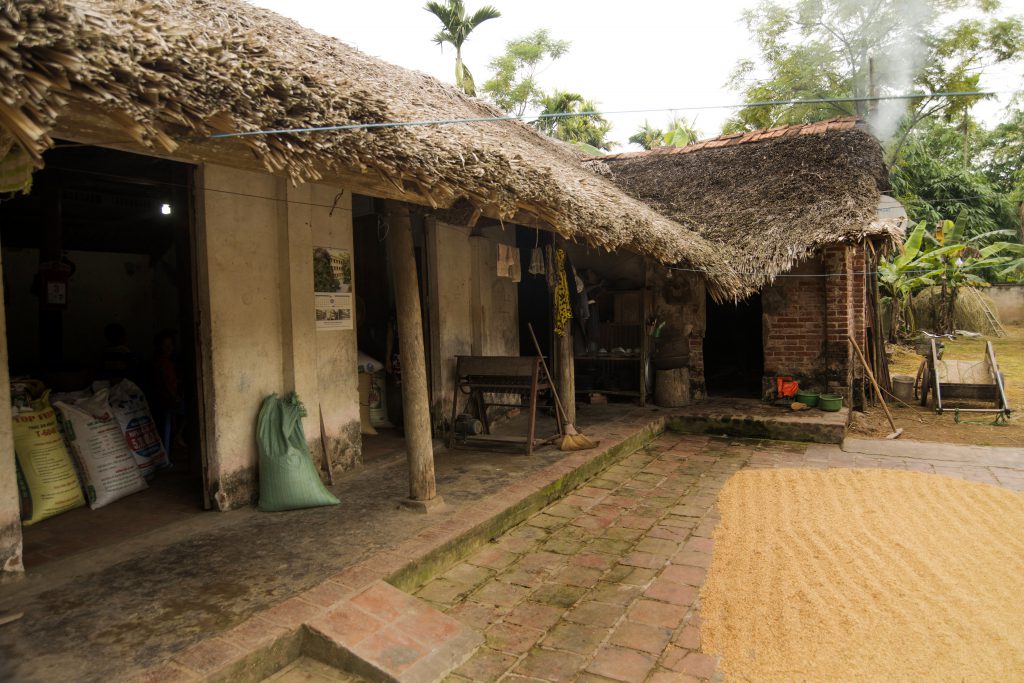 Even during the day, it is dark and humid inside, as there is insufficient air ventilation. Toan, the oldest son, always has to use a light to study. He feels uncomfortable in his study corner, and when Hoan goes to 1st grade this September, the corner might be too small to accommodate the two of them. 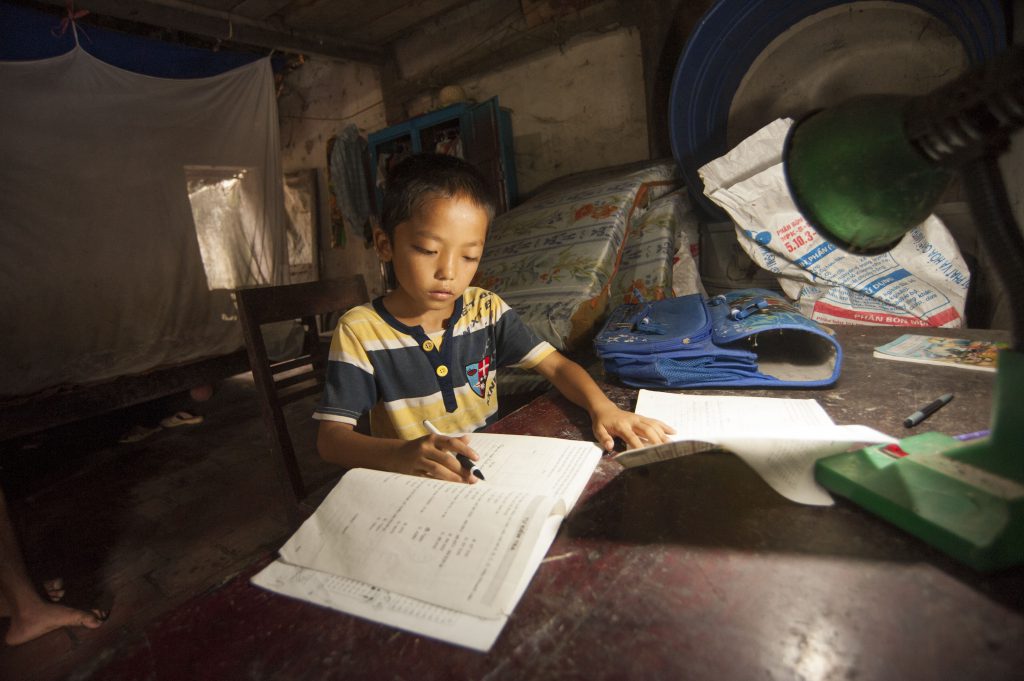 They have a latrine far away in the garden, while the bathroom has no door. 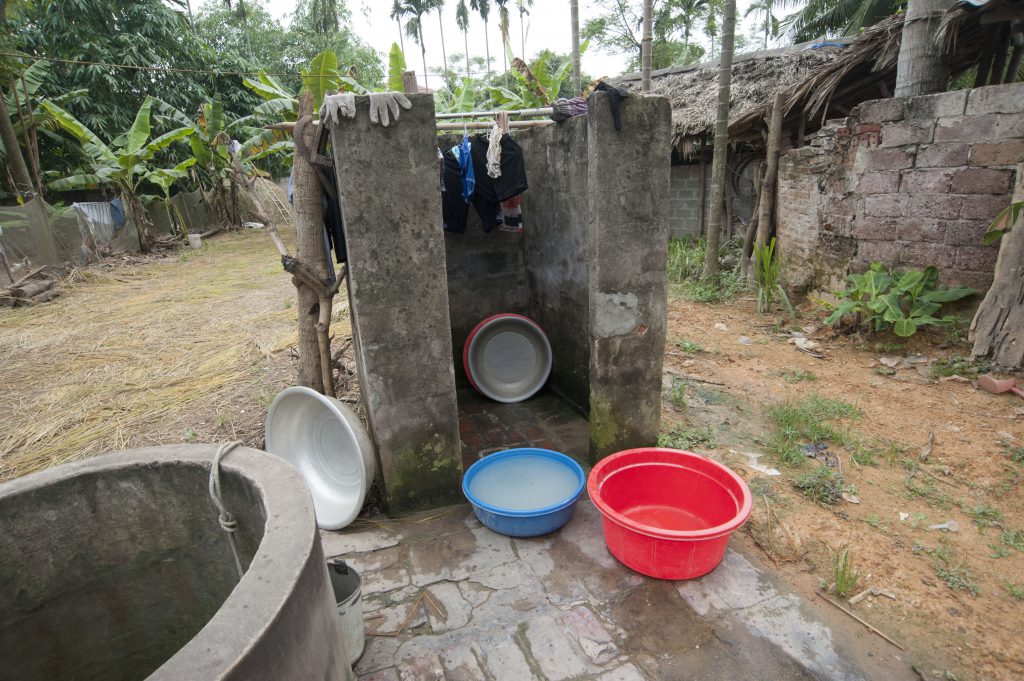 “I’m counting down to the day our new house starts to be built. We need a new house, and that’s all I wish for now. I also hope that my husband’s health will improve, and maybe it will happen in the new house,” Nhan told us. 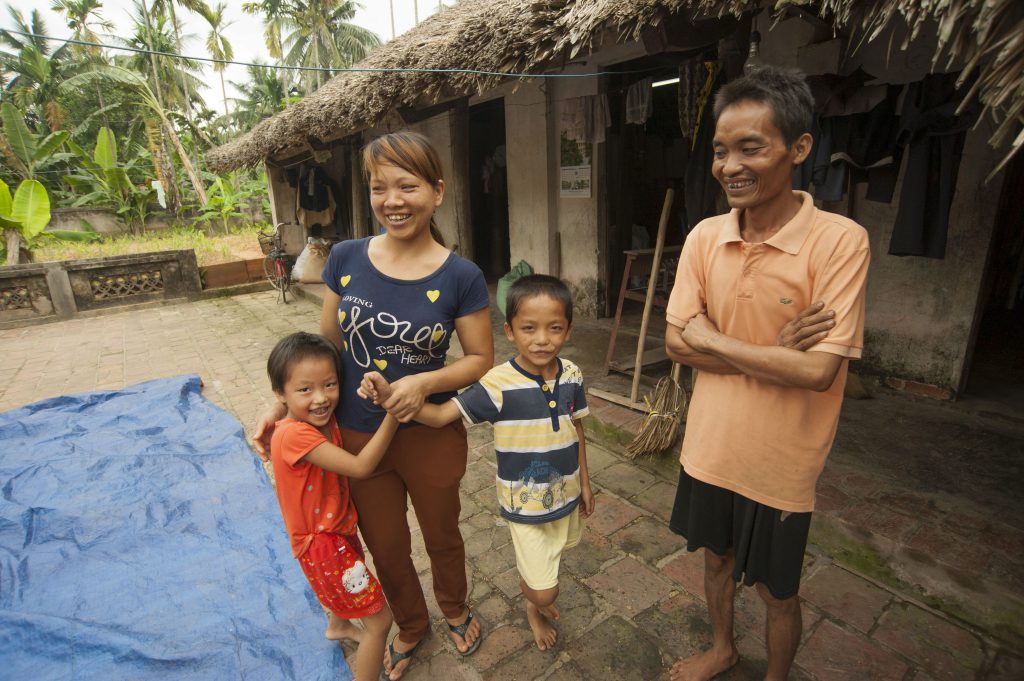