“The reason why I have guided my students to join Habitat for Humanity is because I hope that they will develop a passion for serving their community,” shares Ms Sophie Hoang, a teacher at the Canadian International School in Vietnam. 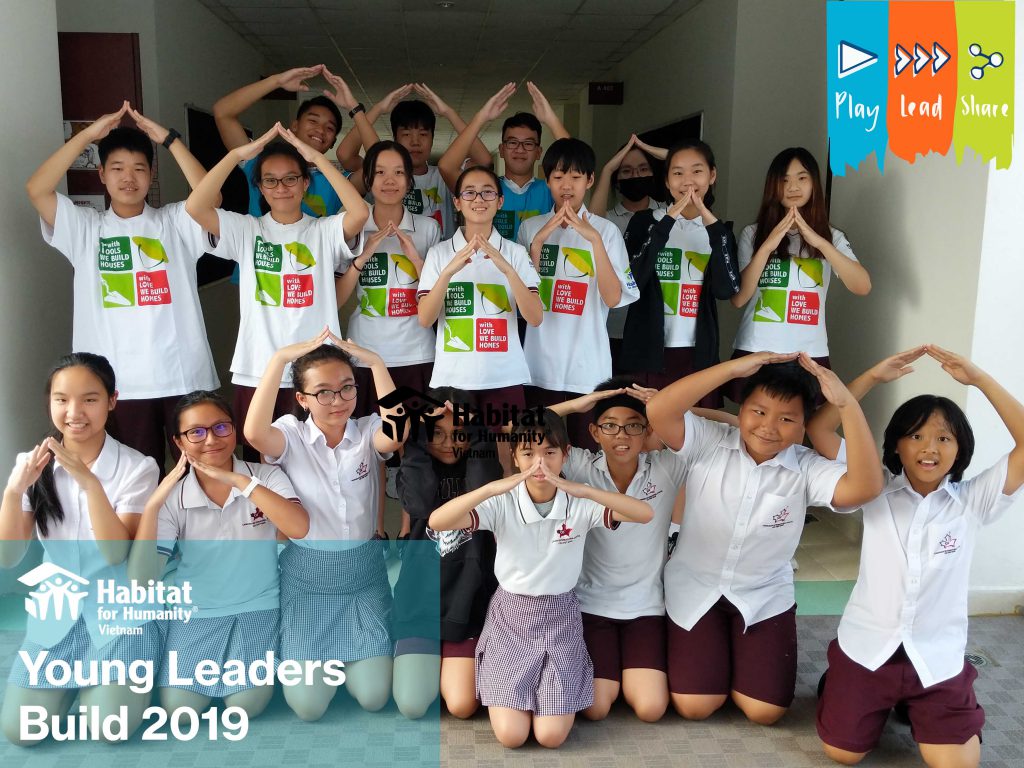 Ms Sophie has joined the team of teachers and students in supporting Habitat Vietnam and homeowners since 2014. The idea of partnering with Habitat for Humanity (HFH) Vietnam came from a group of Grade 9 students who heard of Habitat for Humanity’s volunteer mobilization program and who had a strong desire in lending a hand.
Ms Sophie started working for the Canadian International School (CIS) in Vietnam in 2013 and got involved with HFH in 2014. “The HFH project started with a group of five grade 9 students who heard of Habitat Vietnam and who wanted to help. The students were looking for a teacher who would work with them and I wanted to be involved,” shares Ms Sophie, the teacher-advisor of the HFH club at CIS. 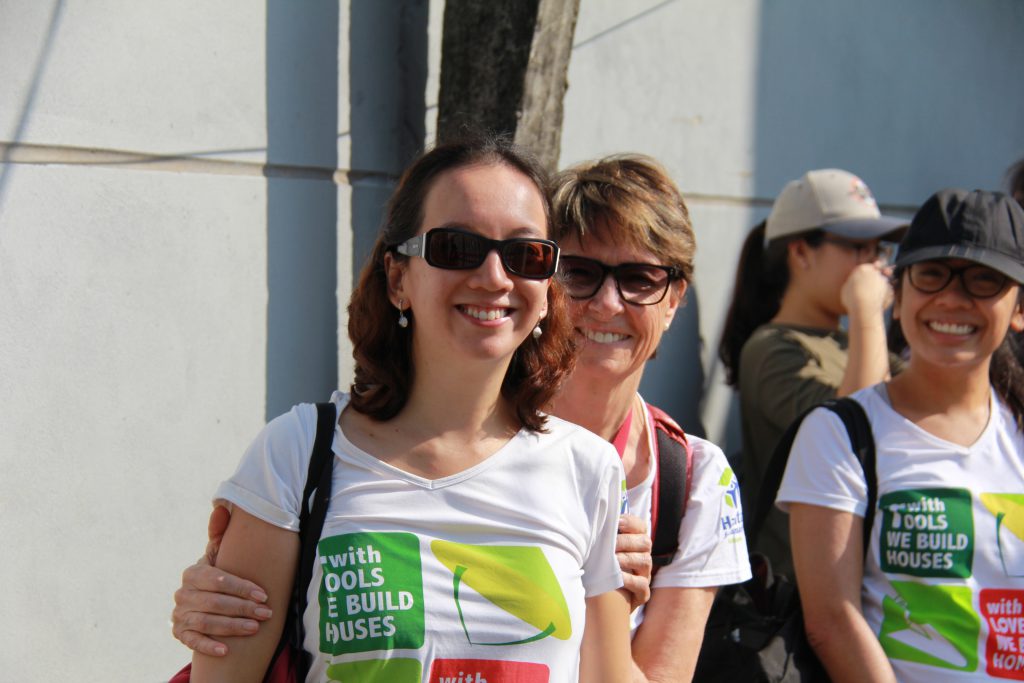 Ms. Sophie and her team.

The primary focus of the group was to raise awareness within the school and the community about the issue of poverty in Vietnam. They did that by going out to the community and introducing facts about the poverty situation while interviewing the locals. They also ran school assemblies and simulations during conferences and conveyed their message on social media. Later on, they collaborated with Habitat Vietnam to launch their first fundraising campaign, thus taking part of Habitat Young Leaders Build campaign. It is also at that time that they created the HFH club at CIS.
Since its beginning, the HFH club has successfully conducted two major fundraising campaigns. Each fundraising campaign takes about seven months to complete. The students themselves plan the campaign and carry it out. In five years, the HFH club at CIS has managed to raise enough funds to build three houses for the low-income families of Vietnam.
“It is very humbling to see what the youth can do and the passion that they have to make a difference. A lot of effort and time are put in each fundraising campaign because we create activities that involve the community. It could be easier to just ask for donations but we don’t do it that way. We come up with activities, games, school events for the entire community to participate in. In that way, everyone gets to hear about the work of Habitat Vietnam and gets a deeper understanding about the issue. It’s also important for me that my students take the lead in running the campaigns. When the students understand the end goal, which is to take a family out of poverty by providing a decent house for them, they become committed to the cause. Every time we finish a campaign and we reach our financial goal, the students feel so proud of themselves. But the most impactful moment is when they get to meet the families they have been helping. When we go on a house build, the students get a real understanding of how privileged they are and they better understand what helping the community means,”says Sophie. “My goal is to guide my students in living a life that is turned towards others and I can say that I’m proud of them. I couldn’t have asked for better students. Supporting Habitat Vietnam couldn’t have been done without them.” 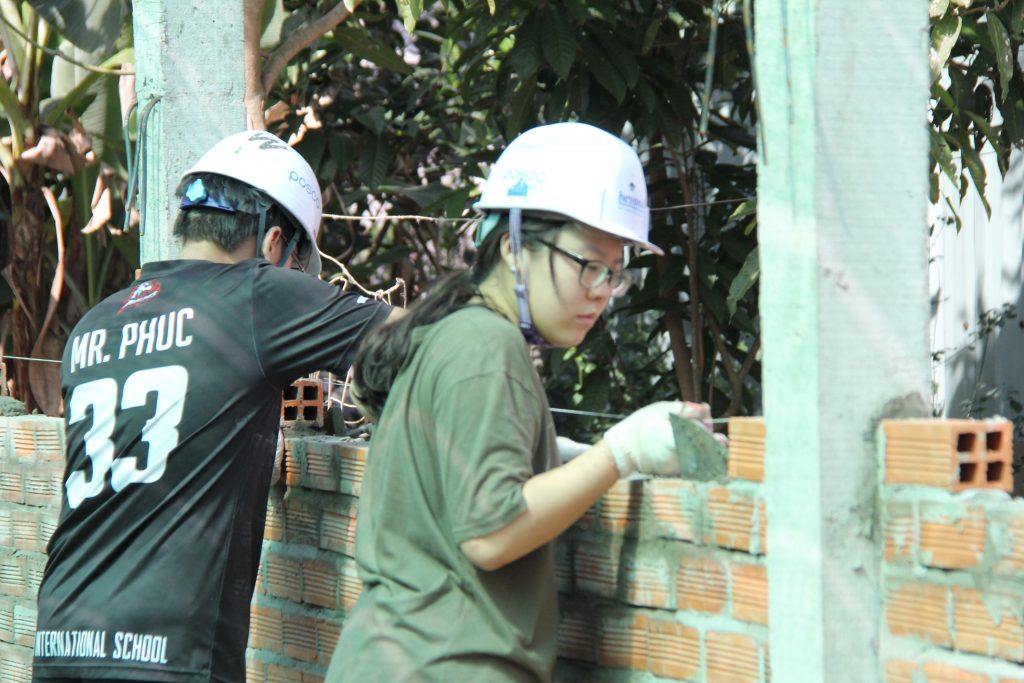 11% of Vietnamese families still live under the poverty line and face daily challenges that most people are not aware of. For example, those families do not have access to clean water or clean toilets.  When CIS students go to a house build, they work and interact with the homeowners. They discover where the families live and learn about their living conditions. Often times, this experience is by itself eye opening. It gives the students a real understanding of inequality. Furthermore, the physical work that goes into a house build is a real challenge for the students.
The house build is a testament of the HFH club members’ work and effort throughout the year. This allows the generous donors to see how their financial contributions are being used. Hence, a lot more students join the club every year. “We present the project and if the students are interested, then they join the club. Motivation is key. If the students are motivated and own the project, then they will do it. Nothing will work well without passion,” Ms Sophie says. Thu Quynh, a grade 12 student, adds “I think this is a significant field trip because the donors are able to understand how their donations go to the beneficiaries and notice which developmental areas the students are contributing to the community. I think students like us can have a better insight of our resources and then with our resources, we start to help the other people who are underprivileged in Vietnam. […] From the trip, I understand that we have to build a good system of non-profit management in order to help others in an effective way.” 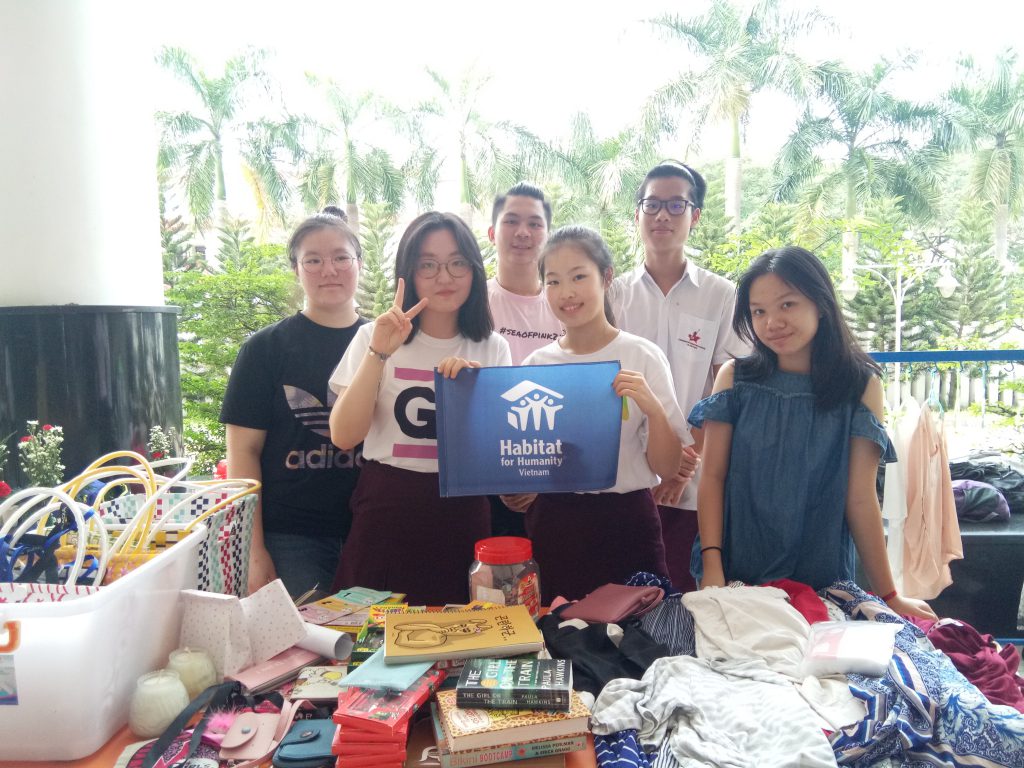 In the end, what the HFH club members and their teacher-advisor hope for is to “support the underprivileged families to attain a better future.” That has been the drive of the HFH club since 2014.
To follow their stories, follow them on Habitat for Humanity Vietnam at CIS