Under the theme “Planet 50-50 by 2030: Step It Up for Gender Equality”, this International Women’s Day observance reflects on how to build momentum around the new Sustainable Development Goals, and related gender equality commitments (UN Women). 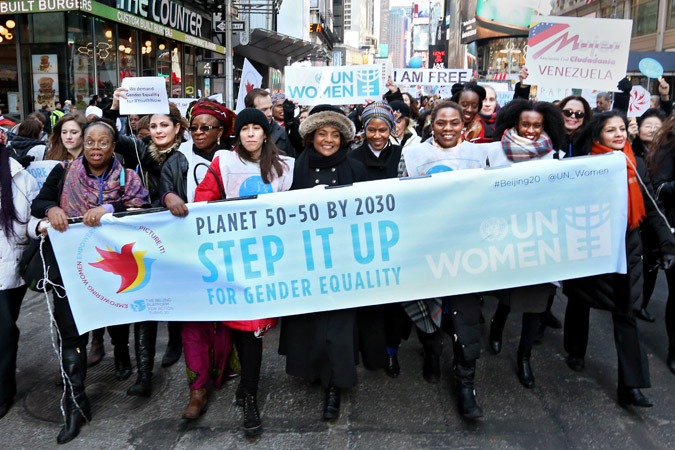 International Women’s Day first emerged from the activities of labor movements at the turn of the twentieth century in North America and across Europe (UN Women). Since those early years, International Women’s Day has assumed a new global dimension for women in developed and developing countries alike. The growing international women’s movement has helped make the commemoration a rallying point to build support for women’s rights and participation in the political and economic arenas.
International Women’s Day is a time to reflect on progress made, to call for change and to celebrate acts of courage and determination by ordinary women who have played an extraordinary role in the history of their countries and communities. In Vietnam it is also a day to show respect and love for grandmothers, wives, daughters and girlfriends.
For single moms like Hoang Thi Kiem, 40 year-old, March 8 is just like every other day in the year. 365 days a year Kiem works hard on the tea and rice fields to earn enough money for her family including her 85 year-old mother, 6 year-old daughter and herself. Despite the hard work and struggles, a smile is always on her face. Kiem told us the money she earns from the tea and rice plantations is not enough to upgrade their home, so they have lived in their old (now degraded) house for a long time. ‘My parents built the house in 1985 with tiles for roofs, mud and thatch for walls and a dirt floor,’ said Kiem. ‘It was decent then, but as time went on the house became old and rickety. Also we see our neighbors can build bigger houses, but we still live in this house for about 30 years.’ 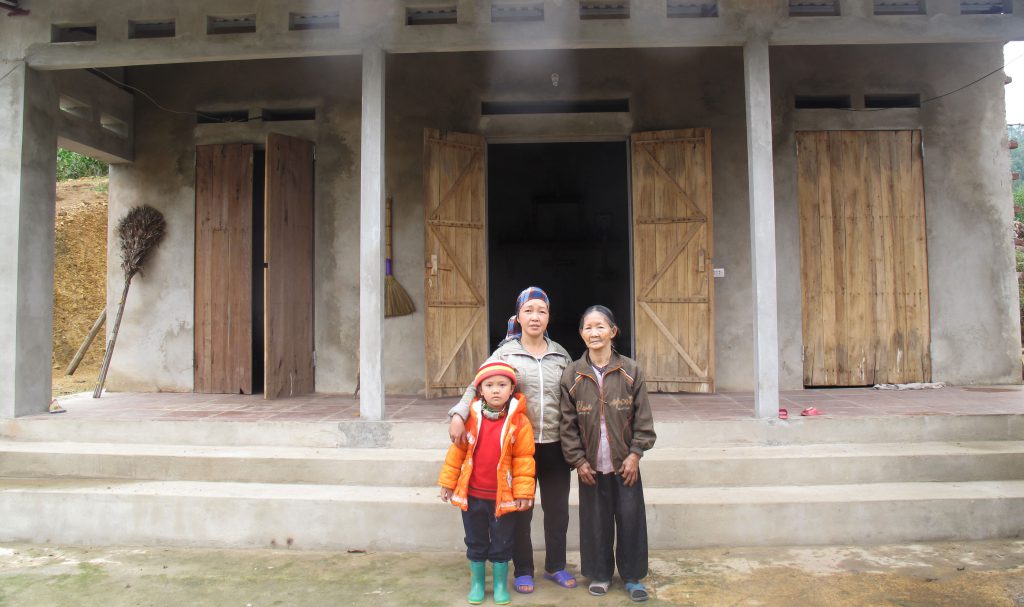 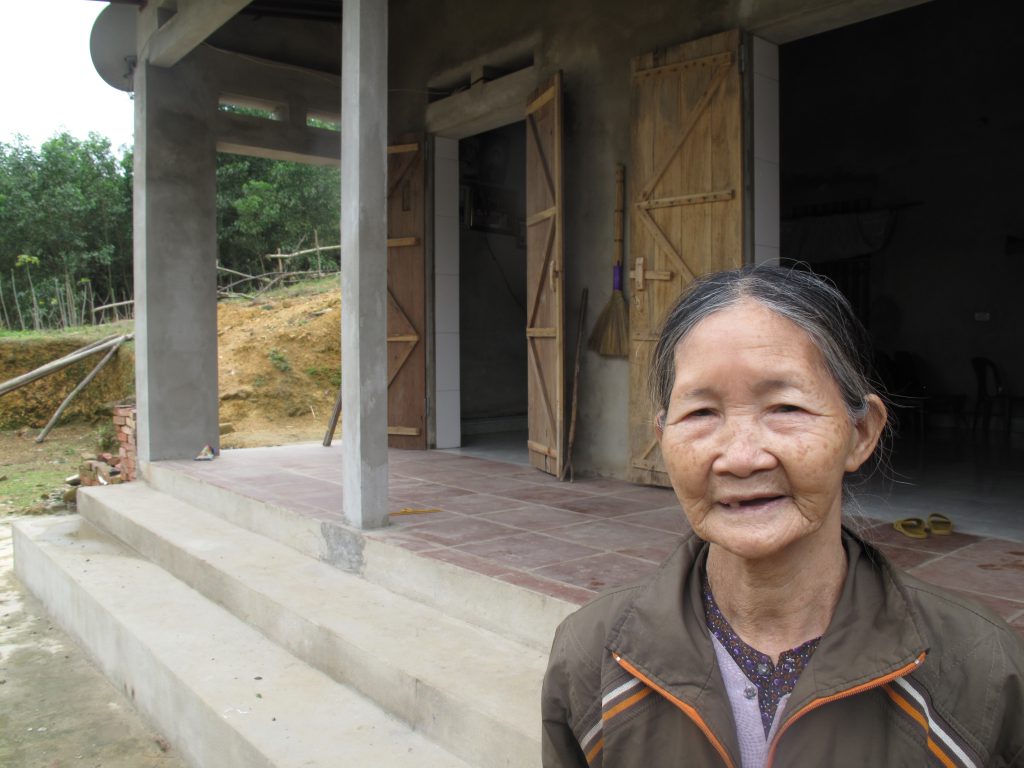 In August 2015 Ms. Kiem’s family, with support by Habitat for Humanity Vietnam, built a new decent house. In their new house, the family of three women is now able to sleep well without worrying about the weather conditions. ‘My mother and I are so happy for the new house, especially my mother. She [Kiem’s mother] told me she didn’t have to worry anymore and feels relieved that her daughter and grandchild have a new home before she died. Having a new house, I don’t have to wish for anything but good health so that I can care for my mom and my daughter.”
On International Women’s Day, Habitat for Humanity Vietnam wishes to honor women, like Ms. Kiem, for the extraordinary work they do for their families and in their communities.