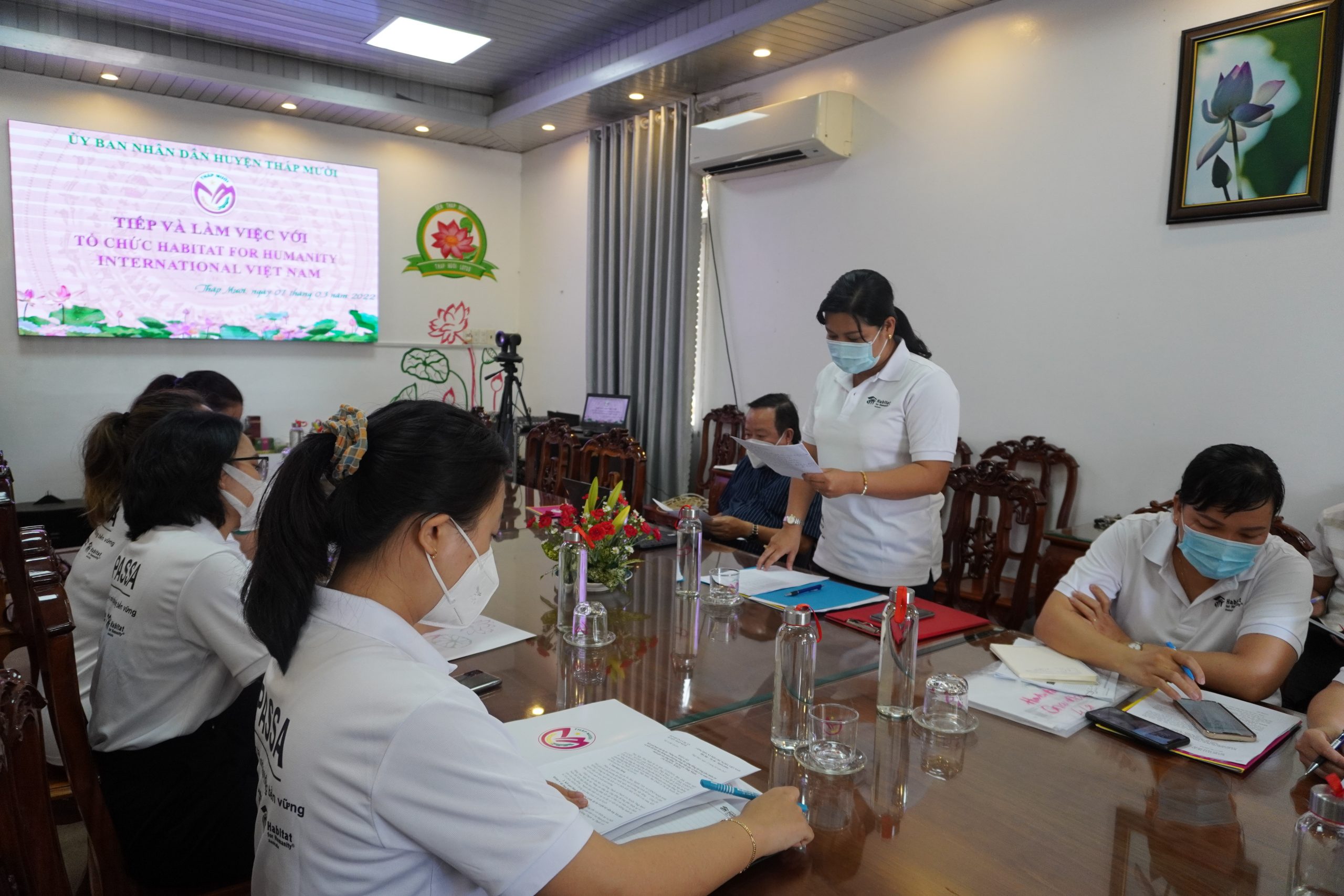 Through housing support, Habitat Vietnam has contributed to the efforts of Thap Muoi District to be recognized as the first NTM district (Nong Thon Moi- the National Target Program on New Rural Development) of Dong Thap province after nine years of implementing this program.

Thap Muoi is one of the poorest districts in Dong Thap Province and is considered highly vulnerable to disasters, particularly flooding and salinization. As of 2018, nearly 10% of the district’s population is classified as poor and near-poor households. They have limited awareness and knowledge of water and sanitation (WASH). People were using pond toilets without any concern for the environment, dignity, or safety while using it.

“Our district has 12/12 communes (100%) recognized with NTM standards, finishing one year earlier than planned. We are thankful for Habitat Vietnam’s continuous partnership over the past five years to create a remarkable change to the rural appearance of Thap Muoi today. People have safe houses to stay in, children can go to school without concern about clean water and sanitation condition. We are also improving the social-economic situation thanks to the newly built road which helps people transport easier and connects communities with communities. Habitat Vietnam’s critical support not only helped us in improving the infrastructure for people but also play a role in eradicating poverty among the most vulnerable communities,” Tran Thi Cam Van, Chairwoman of Vietnam Women’s Union said.

“Rural development is one of the focuses in Habitat Vietnam’s program, aligning with the Vietnamese government’s National Target. Over 65% of the Vietnamese population is living in rural areas; but with the limited knowledge and resources on safe housing and proper sanitation practices, a number of people are still struggling in their daily life in the cycle of poverty. I am happy to know that our projects’ impact has supported the vulnerable communities in Thap Muoi district to thrive. We look forwards to deepening the partnership with more local partners in the future for bigger impacts on rural development,” said Mrs. Bells Regino-Borja, National Director of Habitat for Humanity Vietnam. 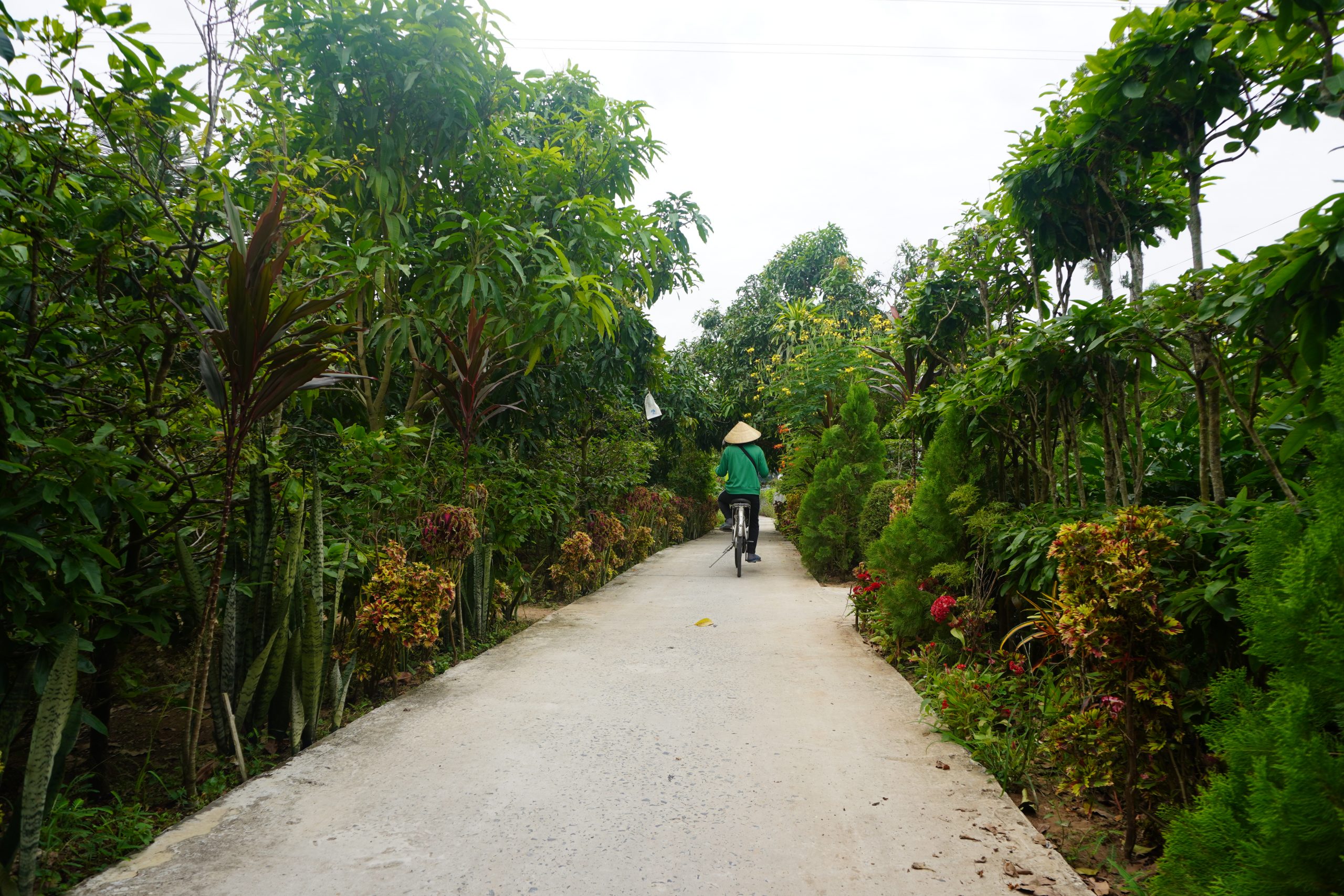 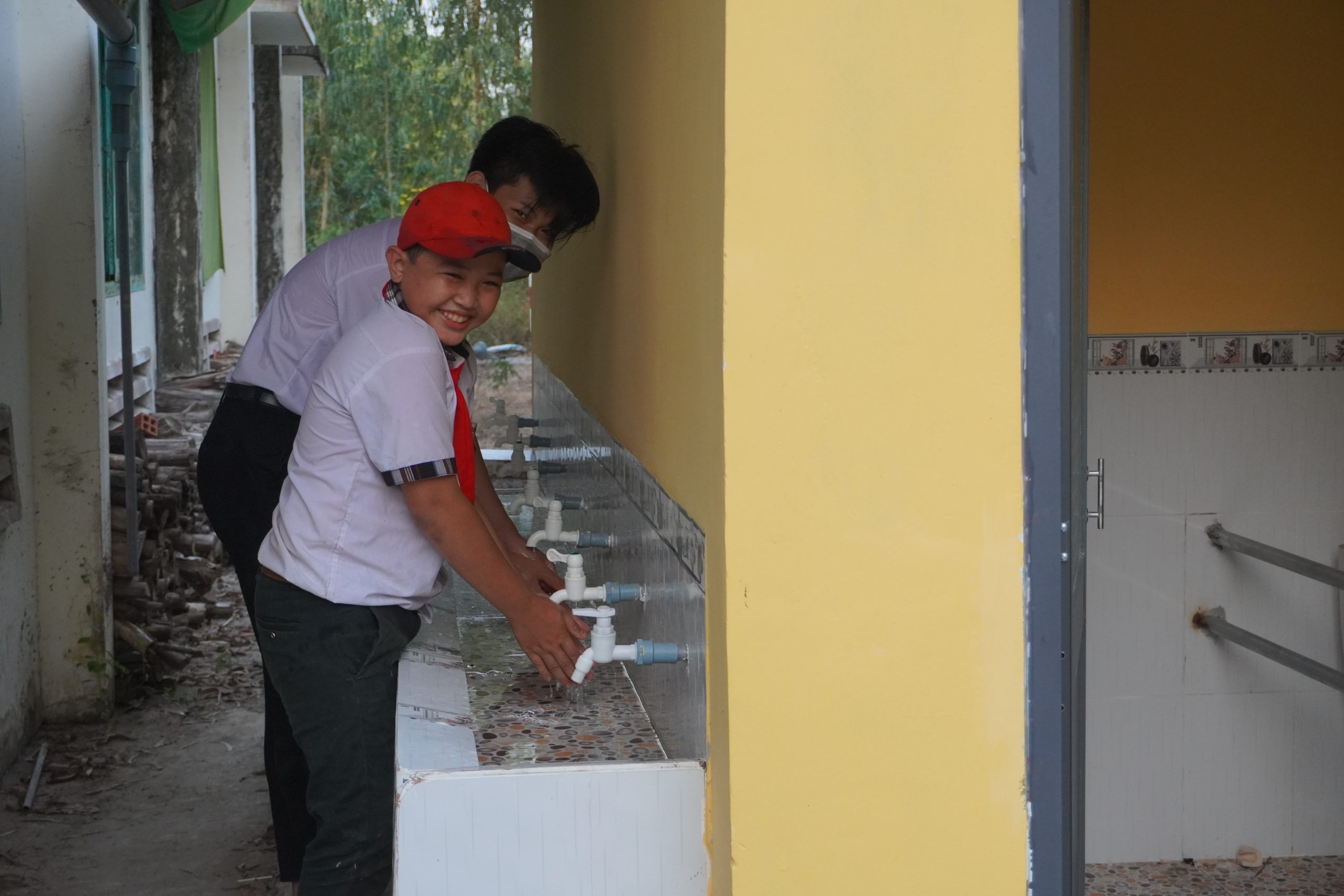 Students at Thanh Loi II primary school washing their hands in the newly-built toilet by Habitat Vietnam. The toilet applied accessible features for the people with disabilities. (03/2022)

*Nong Thon Moi is intended to support the more than 9,000 communes across the 63 provinces of Vietnam to upgrade services and infrastructure in their communities, raise their incomes and productivity, and reduce the still significant socio-economic disparities between rural and urban areas in Vietnam. The National Target Program on New Rural Development, launched in 2010, sets 19 criteria relating to poverty, education, health, transport, water supply, irrigation, livelihoods, agricultural production, markets, culture, energy, environmental issues, communication, and security.