Phan Tuan Minh may only be four years old but he understands the phrase, “hot as an oven”. The old wooden bed which he shares with his mother is near the stove. In winter, the residual heat after cooking might be welcome. For the rest of the year, however, Minh’s family feels hot and stuffy. Despite the use of a small electrical fan, the heat that is trapped by the fiber cement roof cannot be dispelled. 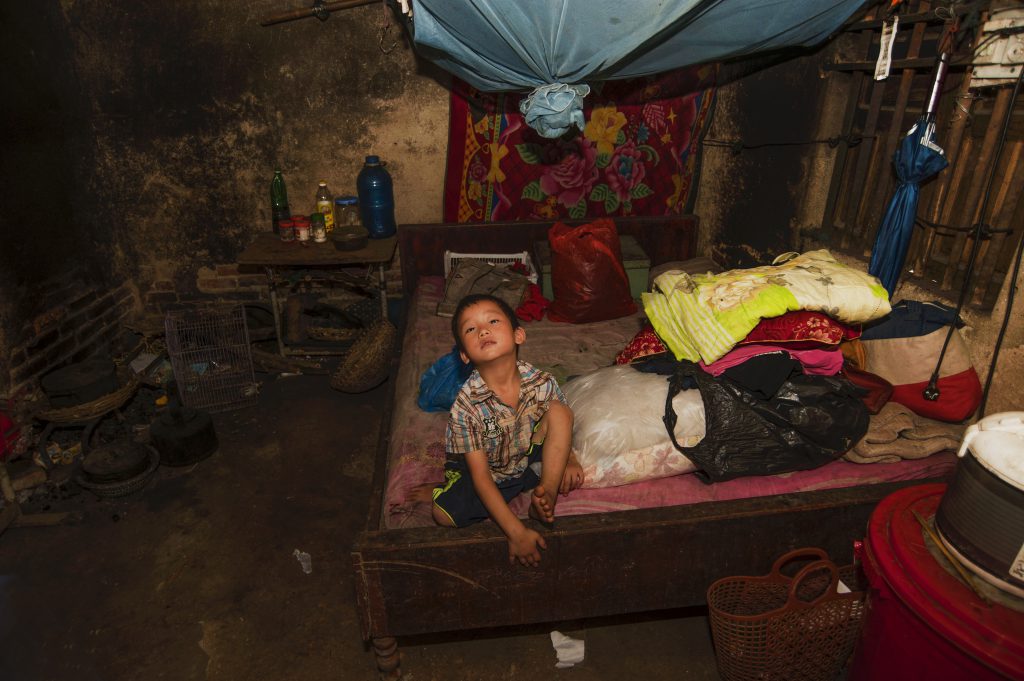 Even if Minh could stand staying indoors for long, he does not have any toys to play with. He does not have friends of his age as his mother Du Thi Thuy, 40, could not afford to pay US$ 15 a month to send him to kindergarten.
Minh lives with his mother and his sister Phan Thi Thanh Huyen, 13, in Xuan Quang commune, Phu Tho province, northern Vietnam. Their 24-square-meter one-room house was built 16 years ago and has no piped water and toilet. The stove where Thuy cooks the family meals is framed by soot-covered walls. A wooden table and a few chairs make up the rest of the furniture. To take a shower, Thuy and her children would have go over to her parents’ house about 20m away. 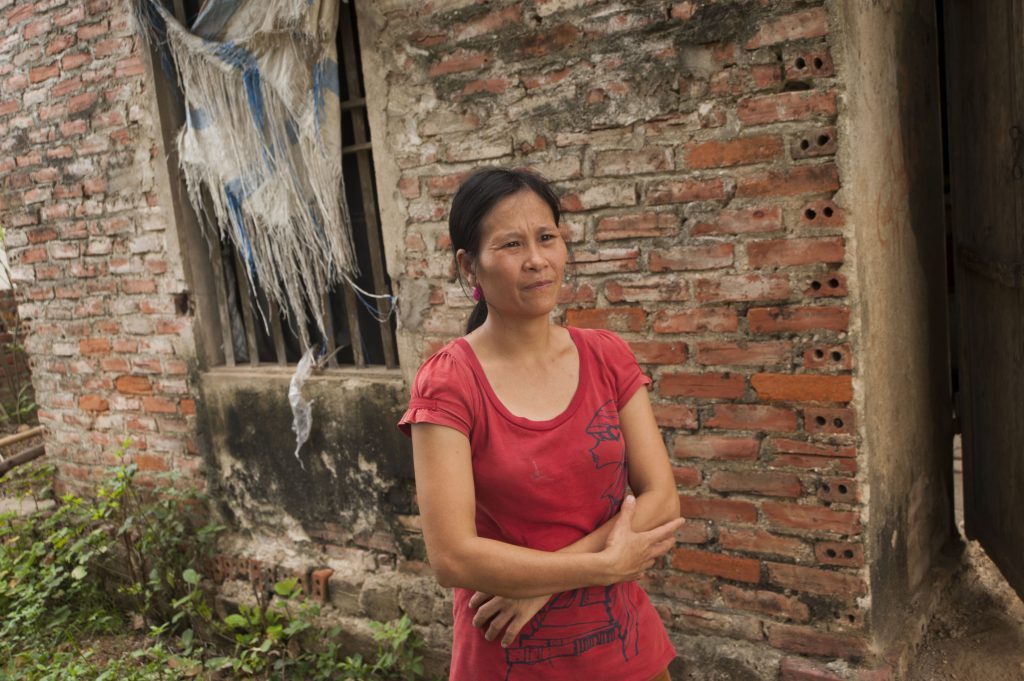 Du Thi Thuy looks older than the age of 40

Although they are poor, Thuy’s elderly parents have tried to help her out since her husband left the family soon after Minh was born. Raising three children on her own is a great struggle for Thuy as she also has health issues. She walks with a limp after a traffic accident 12 years ago and suffers from a stomach ulcer. The medicine for her ulcer would have cost her around 200,000 dong (US$9) a month. 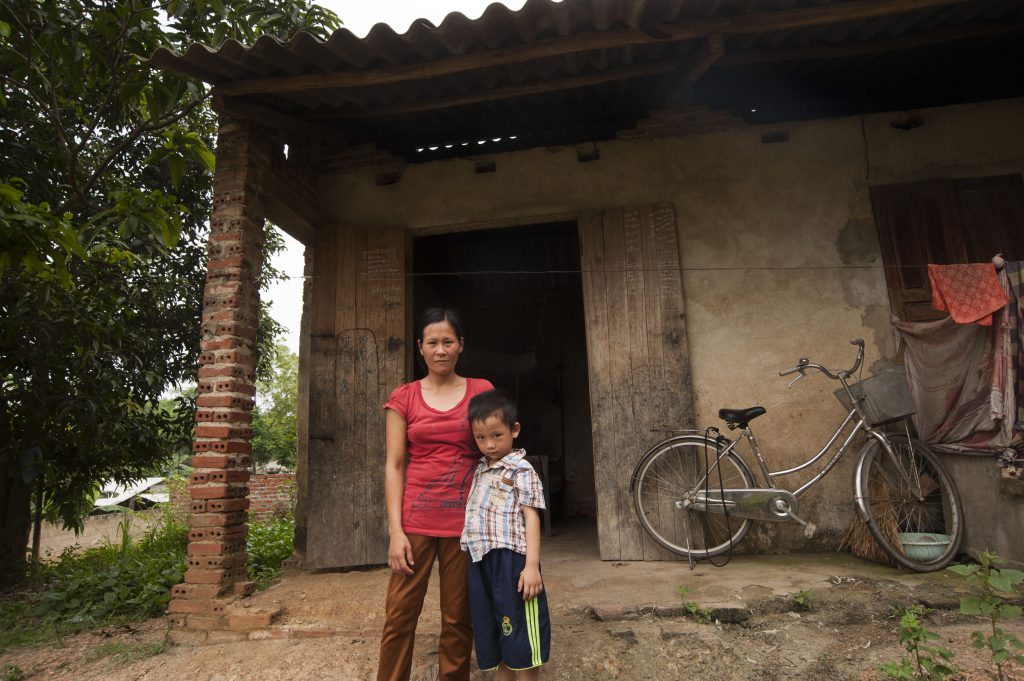 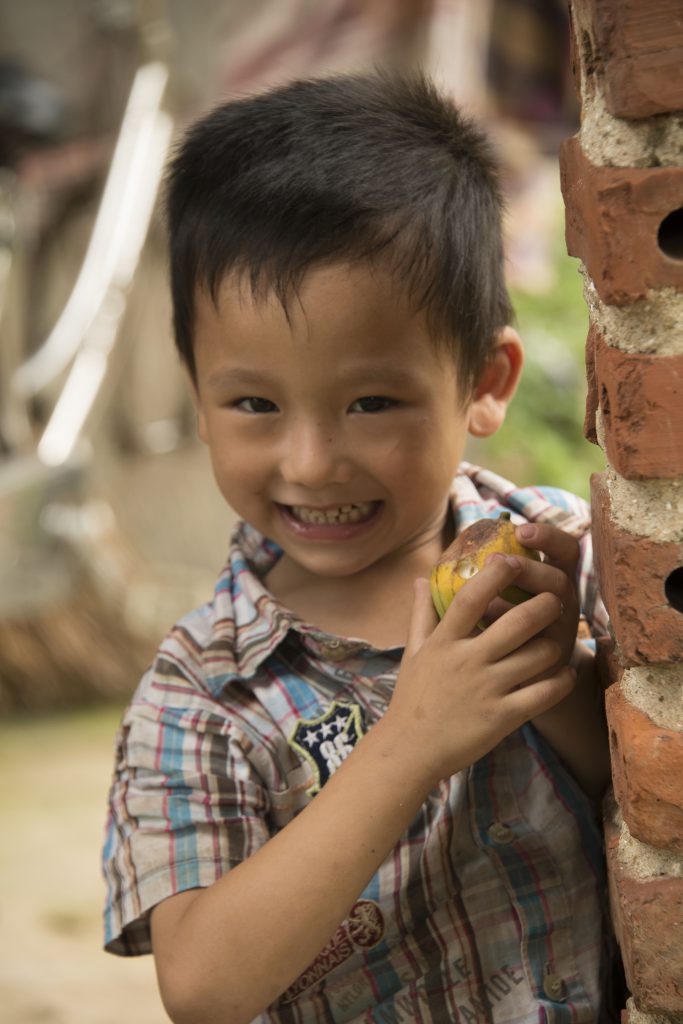 While others could afford the money, Thuy needs every cent of the US$45 that her oldest son Phan Van Trung, 18, sends home. Trung is currently working as a construction laborer in nearby provinces – several hours away from home.Living from hand to mouth, Thuy does not have the luxury of dreaming about the future. Still, she yearns for something. “We are desperate for a new house. Currently, we just live without thinking about the future. With a new house, I hope my health will be better so I can take care of my kids,” said Thuy, with tears in her eyes.
Thuy can look forward to fulfilling her wish in October. She will be among 25 families constructing their new houses alongside Habitat for Humanity volunteers at the Vietnam Big Build in Phu Tho.  Her son Minh is currently too young to understand the hardships of life. But he will have the opportunity to grow up in a decent, affordable home, raised with love by his mother and loved ones.
Habitat for Humanity Vietnam has been working with families to build strength, stability and self-reliance through shelter since 2001. Be part of the good childhood memories of children like Minh by joining over 200 international volunteers during the Vietnam Big Build. Contact the Habitat program in your home country or email LCabasag@habitat.org. Registration closes on July 22, 2016.