Villagers in Que Phong commune of Que Son district in Quang Nam province, Central Vietnam congregate for a training in disaster preparedness on May 23, 2015.
Due to the complex topography, Quang Nam province in Central Vietnam is susceptible to natural disasters. Among the localities affected by the Nari typhoon in 2013, Que Son district was the most severely damaged in terms of housing and livelihoods. Therefore, the leaders of Que Son district carried out disaster simulation activities for villagers of Que Phong commune in order to strengthen capacity of this community to cope with climate change and natural calamities.
A total of 230 people from the commune and 25 representatives of local authorities took part in the simulation. In addition to the consultation of HFH Vietnam, Que Phong leaders received the support of local leaders of Que Phu commune who conducted disaster response activities for their community in November 2014. 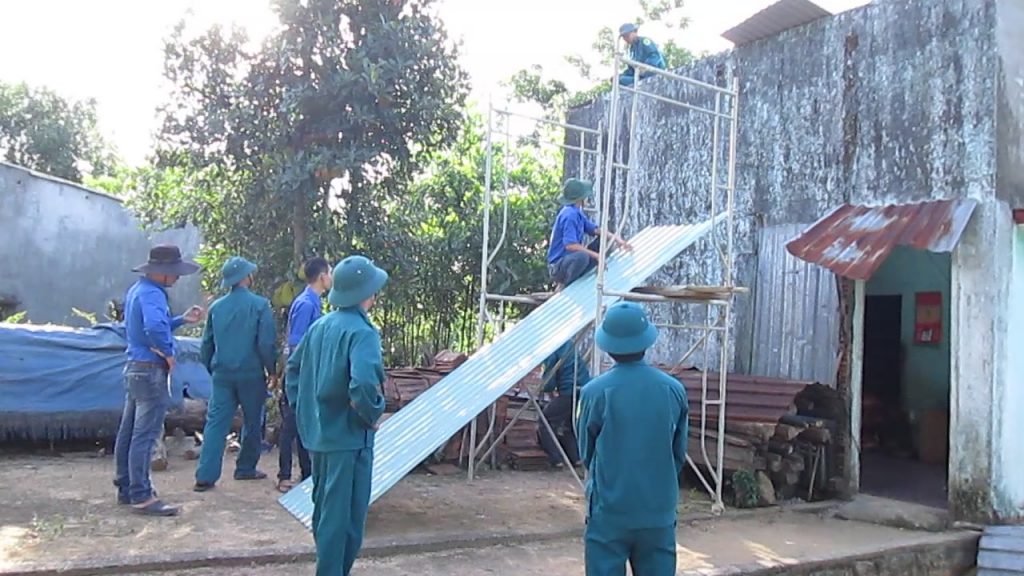 Home reinforcement at the simulation

The same as people of Que Phu commune, it was the first-ever simulation for Lap Trung village the chosen locality. Hence, both the local authorities and community members were greatly enthusiastic to get involved in the exercises which consisted of home reinforcement, evacuation and first aid.
A typhoon landing in the area was a supposed situation of the simulation. Following the guidance of an experienced consultant, the local authorities and community members went through all the crucial steps of a disaster response practice such as the activation of early warning systems, the gathering and sharing of key information between local authorities and with one another, the last-minute safe-proofing of structures, practicing evacuation procedures and basics of first aid during a severe weather event.

Evacuation at the simulation

Aside from the newly knowledge and skills, the local authorities also identified some lesson learnt which need to be improved. They are aware that it is essential to keep building up disaster preparedness capacity for themselves so that they can continue their support to the community even when the project of HFH Vietnam is completed.
The simulation exercise was part of a 22-month community-based disaster risk mitigation project in Quang Nam funded by Habitat for Humanity Australia.