Truong Thi Diep, 27, sat at the table in her home while watching her two sons, Truong, 6, and Son, 3, play together in the adjacent room. A breeze that lifted the corners of the bright red and pink tablecloth helped keep the rooms in the house cool amid the hot summer. 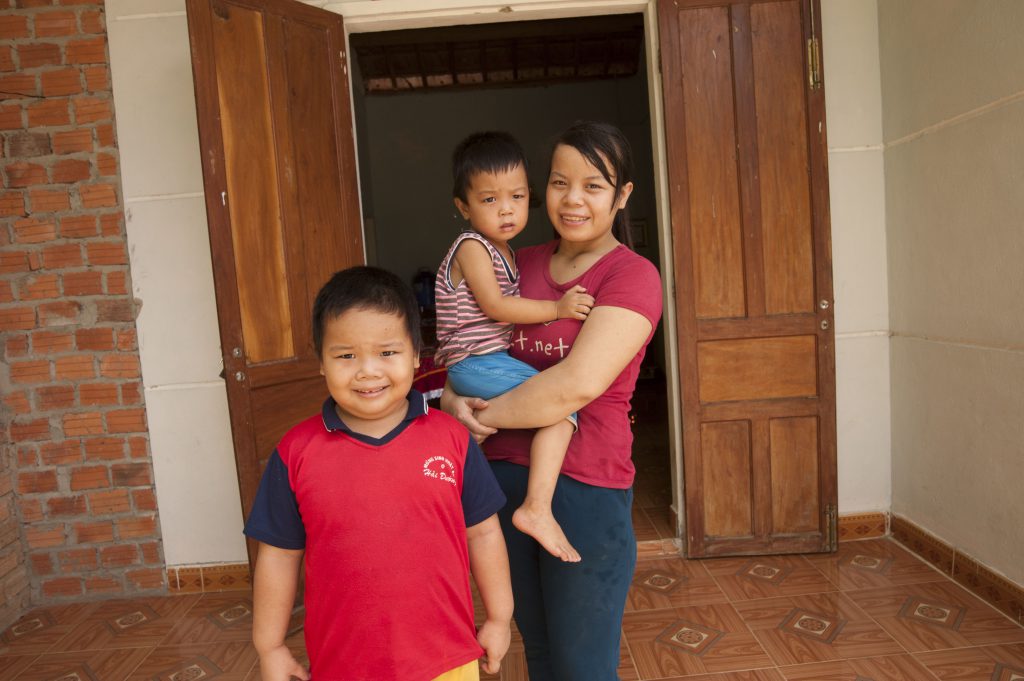 In 2011, Diep and her family lived in a house in Quang Nam that belonged to Diep’s sister who was working in another province. However, the house was in an extremely poor condition. It did not have a toilet or a proper kitchen which posed health risks to her children. Without adequate air ventilation and coupled with a steel roof, her sister’s house became very hot and humid. Whenever it rained, the roof would leak and water seeped through the brick walls, damaging the electrical wiring. The family had to be careful to avoid electrocution, particularly for the children.
While they were living in the house, Diep and her husband Ho Quang Xuyen, 30, borrowed 100 million Vietnamese dong (about US$4,500) to buy ducklings which they planned to rear and sell for meat. However, the avian flu in 2012 killed all their ducks.
Diep said: “Life was so tough for us then. We lost all the ducks and owed 100 million Vietnamese dong in debt. But it was not the worst thing that happened to us. My two children were infected by the avian flu and were hospitalized in a very bad condition. In that situation, I never thought of owning a new house.” 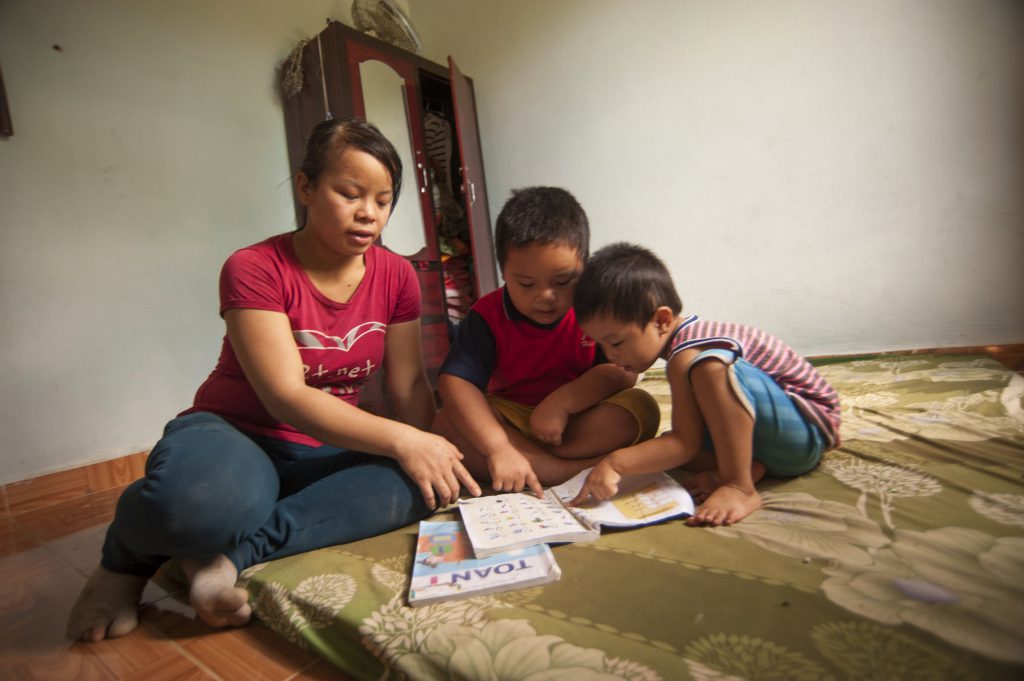 Her life did not continue to spiral downward. When Habitat for Humanity Vietnam started a project to build 14 disaster-resilient houses in Que Son district, Quang Nam province, between 2014 and 2015, Diep was among five families who each received a grant of 45 million Vietnamese dong (about US$2,000). The remaining nine families each received a grant of 30 million Vietnamese dong and a loan of 20 million dong which they had to repay in four years.
Diep and Xuyen built their new house on their own, unlike several other families who had help from Global Village volunteer teams. Diep’s and Xuyen’s new house has two bedrooms, a living room, a permanent kitchen, and a toilet which was built with contributions from other organizations.
After the house was completed, finishing touches were put in. A framed certificate for Xuyen is hung on the wall, commending him for the contributions that he has made to his village. Xuyen, who used to be a construction worker, and Diep later found jobs in a stone factory not far from where they live. Diep’s older son, Truong, will be going to a local primary school in September.
Carrying her youngest son, Son, Diep said that she is very happy that her new house will protect her family from rain and sun, and from disasters such as typhoons and floods. “Another good thing about the new house is that it is less humid and has better air ventilation. The children’s health is much better and they rarely get sick. I am so happy. Thank you Habitat for Humanity Vietnam.”