“Not many strangers are willing to give you 50 million Dong (around 2,143 USD) to support you with building a house without giving a single request to benefit them, especially in Vietnam’s rural areas,” shares Hai. 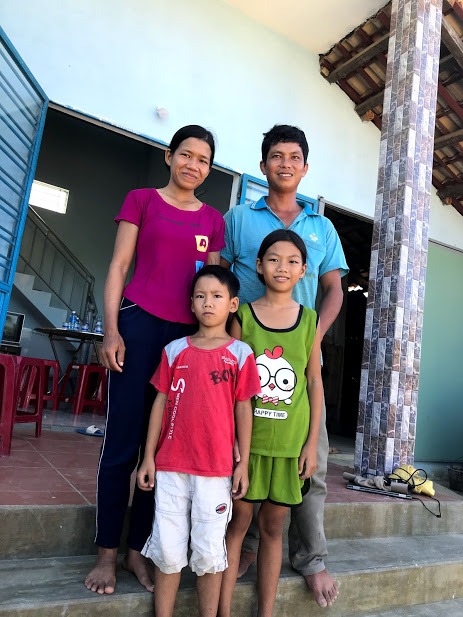 Hai, 38, and his little family with his wife Huong, 35, son Tien, 8, and daughter Duyen, 11 had been living in a shabby house with a bathroom shared with his parents. The house size was similar to his newly constructed one but it was stuffier as there are many unusable furniture and many people staying inside while the space was compressed.
“’Of course, the new house is more spacious because that’s our own house of 4 family members. It looks more solid and open space of bright colors,” shares Hai. Back to roughly a year ago, Hai and his family used to live in a 36-square-meter house covered by iron sheets. The old house is more like a temporary shelter than a house. The roof is made of tile and the walls were constructed out of iron sheets without sturdy bricks or a proper door. As a mason Hai felt upset that he could not improve his own home despite his skillful hands. That is why the joy amidst surprise of receiving new house bloomed when they were going to have a new house built by Australian volunteers. “Not many strangers are willing to give you 50 million Dong (around 2,143 USD) to support you with building a house, especially in Vietnam’s rural areas without giving a single request to benefit them,” says Hai. “The volunteers were very proactive, they worked enthusiastically to finish the house. If you have a chance to meet the team, please send my best regards to them”. 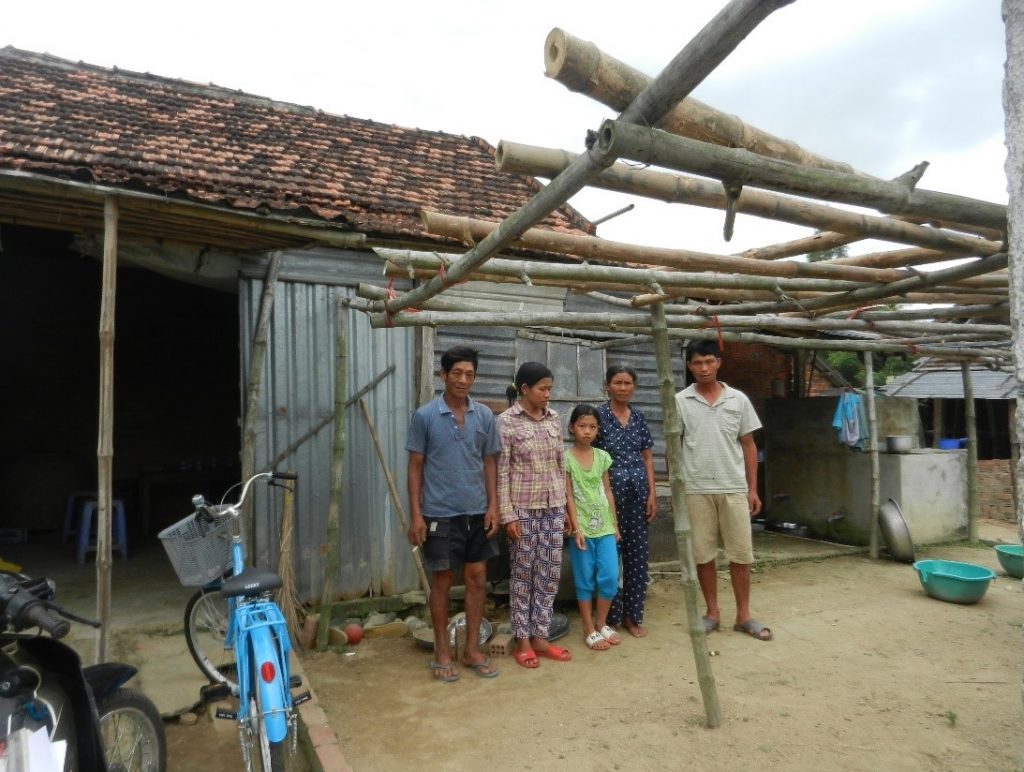 Living in a new place equipped with enough facilities, one bathroom inside the house and two spacious bedrooms, Hai could not expect anything more from the volunteers. However, from their side, they want to improve the facilities to make the house to be more flood-resistant. “Now we do not have to put much efforts for preparedness whenever disaster arrives, especially when the flood submerged our small humble town,” says Hai. Thanks to the floor built much higher than the ground, water level submerging into his house is lower than ever before. Hai recalls whenever the flood arose, most lands were soaked into the water and the track were earthed with dirty mud because the family were living in the hollowed area. Now they are no longer plagued by worries because of the flood flowing into their house. However, currently their livestock shed beside the house is still very muddy after the rain, which is a bit unpleasant. In overall, the family cherishes every happy moment staying together in the new house and has no decision of moving away. “Ever since the house was built, I have seen many frequent smiles from my parents. Before that, their faces had rarely showed a bright smile,” says Duyen.

To resist the storm, Hai decided to build a small concrete attic even though it would cost him more. As a mason, he wants the best living quality for his family. By the time the interview took place, Huong had faced some financial loss of selling the livestock because Vietnam was in the midst of the African pig plague outbreak. Thus, their total monthly income is currently only 4 million Dong (171 USD). Sometimes when Hai and Huong  have extra work and come home late Duyen and Tien have to stay alone at home for a while but the children shared that they don’t feel as scared as before. “Whenever there are no adults at home, just lock the door and stay inside. Everything will be alright”, says Duyen. 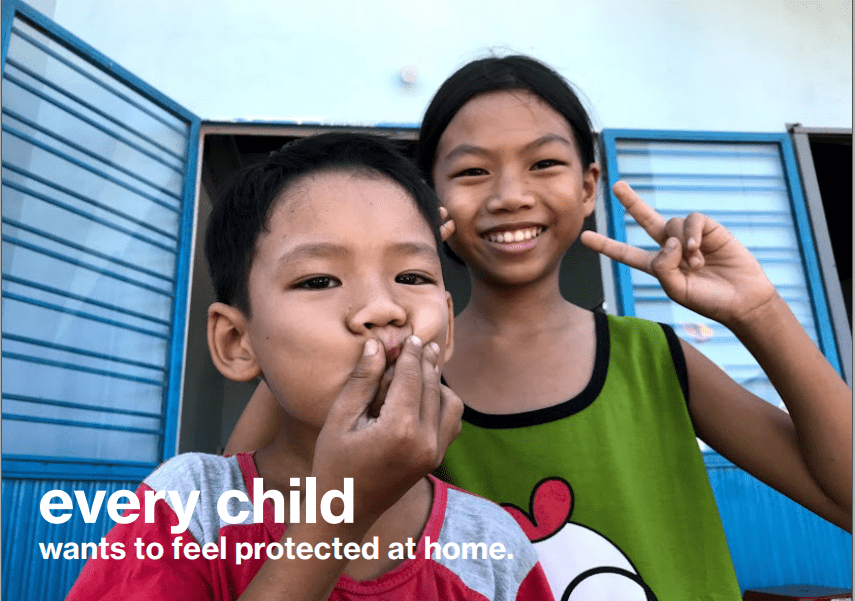 Duyen and Tien standing in front of the house

At the moment, Hai still seeks community’s support on his children’s education and to weigh down his burdens whilst the family is still in the penury. However, they hope that everything is going to be better soon. “I am still trying my best to give what is best to my children even though sometimes there are tiring days of manual labor. I hope their future will be brighter through proper education,” says Hai. Hai is very proud of his daughter because her performance at school is very impressive. To improve her awareness about water-sanitation-hygiene practice, Duyen often attend the campaign at school and understand clearly about how to maintain hygienic practice on a daily basis. “I know how to distinct between dirty and clean water. I also know that whenever we get home or before eating, we should always wash our hands properly”, smiles Duyen. “I love to become a teacher in the future while my little brother wants to be a police officer”. 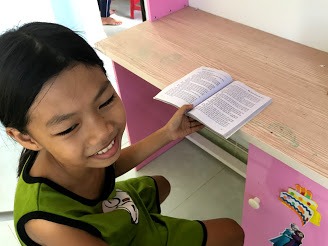